"Venezuela in Crisis: What’s at Stake"

Venezuela in Crisis: What’s at Stake was an approach to the political, economic and regional aspects of Venezuela’s crisis. The key political issues for the proclamation of Juan Guaidó as interim president included the opposition’s coordination against Maduro, the international support of more than 30 countries to the new Venezuelan president, a clear economic plan –Plan Pais- to end the crisis, and the outstriking social problems. The magnitude of the crisis is reflected on the hyperinflation (13 months 1.000.000%), the food (89%) and medicines/medical equipment (70%) shortages, and the massive exodus (3 million). Venezuela’s disastrous economic management became visible when the oil prices recovered but this country was incapable of restoring the production. Remittances of PDVSA’s incomes were never reinvested in the country, on the contrary, were spent in Chavez’s political party, and got lost in corruption scandals. Venezuela’s economy therefore, needs international investment, and with the latest US sanctions, it is far from recovering. Finally, this country has become a major instability agent in the region while Colombia is trying to implement the peace accords, and Mexico is pushing forward against drug trafficking.

Without a contingency plan to assist the border-dwellers Colombia’s conflict is upscaling because the Venezuelans have fed the organized crimes, dissidence and illegal business. Colombia has received more than a million Venezuelans and this is creating tensions between the populations due to the increasing crime, prostitution, and street beggar cases. These insights introduced a debate on the crucial role of international organizations not only to assist the humanitarian crisis but of further invest in Venezuela’s economy, channels that will be used to let the humanitarian aid come through, and the extent of the military control by Maduro in comparison of Guaidó that could be crucial to put an end to the illegitimate government. 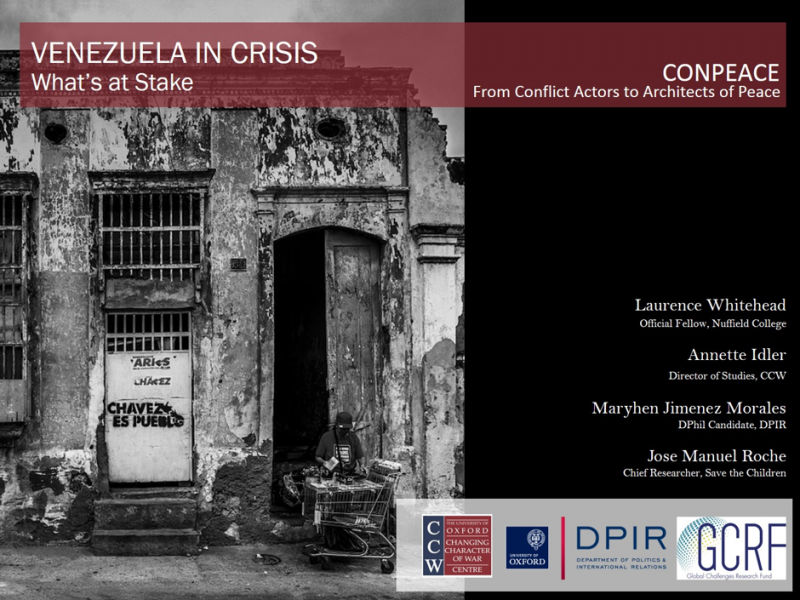