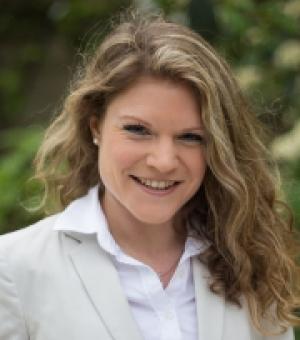 Annette Idler is the Director of Studies at the Changing Character of War Programme, Senior Research Fellow at Pembroke College, and at the Department of Politics and International Relations, and Affiliate at the Latin American Centre, all University of Oxford. She is also Research Associate at the Graduate Institute Geneva’s Centre on Conflict, Development and Peacebuilding, serves as Advisory Board Member for the German Journal of Strategic Analyses, and as International Advisory Committee Member for the Dutch Organization for Scientific Research.

Idler’s work focuses on the interface of conflict, security, transnational organized crime as well as terrorism, peacebuilding and governance. She is particularly interested in the role that diverse types of violent non-state groups play in these dynamics. Drawing on ethnographic methods in her work, over the past decade, she has conducted extensive fieldwork in and on war-torn and crisis-affected regions of Colombia, Ecuador and Venezuela.

Idler advises governments and international organizations, is a regular expert for media outlets such as Al Jazeera, BBC and the Washington Post, and has published numerous policy briefs. Idler previously worked with UNDP’s Bureau for Crisis Prevention and Recovery, the UN Economic Commission for Latin America and the Caribbean, and GIZ. She holds a doctorate from the Department of International Development, University of Oxford, and an MA in International Relations from King’s College London’s Department of War Studies.