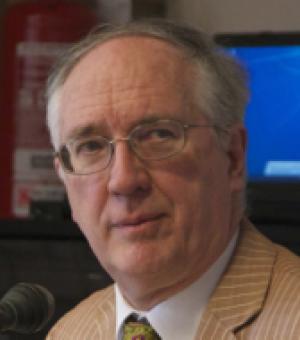 Professor Laurence Whitehead is a Senior Research Fellow in Politics at Nuffield College, Oxford University, and until 2015 was Senior Fellow of the College.

During 2005/6 he served as Acting Warden there. In 2011/2 he served as Senior Proctor of the University. His most recent books are Latin America: A New Interpretation, (Palgrave, 2006 second revised updated edition 2010). Laurence Whitehead,  Democratization: Theory and Experience (OUP, 2002).

His most recent edited publications include Let the People Rule?  Direct Democracy in the 21st Century  (ECPR Studies in European Political Science, 2017) edited jointly with Saskia Ruth and Yanina Welp, and Illiberal Practices: Territorial Variance with in Large Federal Democracies ( Johns Hopkins UP, 2016) which he co-edited with Jacqueline Behrend. There is also The Obama Administration and the Americas: Shifting the Balance (Brookings Press, 2010) which he produced jointly with Abraham F. Lowenthal and Theodore J. Piccone; and Democratization in America: A Comparative –Historical Analysis (Johns Hopkins UP, 2009) which he edited jointly with Desmond King,Robert C. Liebermen, and Gretchen Ritter, and (jointly with Marcelo Bergman) Citizen Security in Latin America (Notre Dame University Press, 2009).

Among recent articles there is “International Democracy Promotion as a  Political Ideology: Upsurge and Retreat” in The Journal of Political Ideologies  February 2015; “Anti democracy Promotion: Four Strategies in Search of a Framework Taiwan Journal of Democracy December 2014 ; “Enlivening” the Concept of Democratisation: The Biological Metaphor” in Perspectives on Politics, July 2011;“Losing ‘the Force’? The Dark Side of democratization after Iraq“ in Democratization, April 2009; and “The Crash of “08” in the Journal of Democracy, January 2010.

He is editor of an Oxford University Press series, ‘Studies in Democratization’ and President of the Conseil Scientifique of the Institut des Ameriques in Paris, and belongs to the steering committee of the Red Eurolatinoamericana de Gobernabilidad para el Desarrollo.